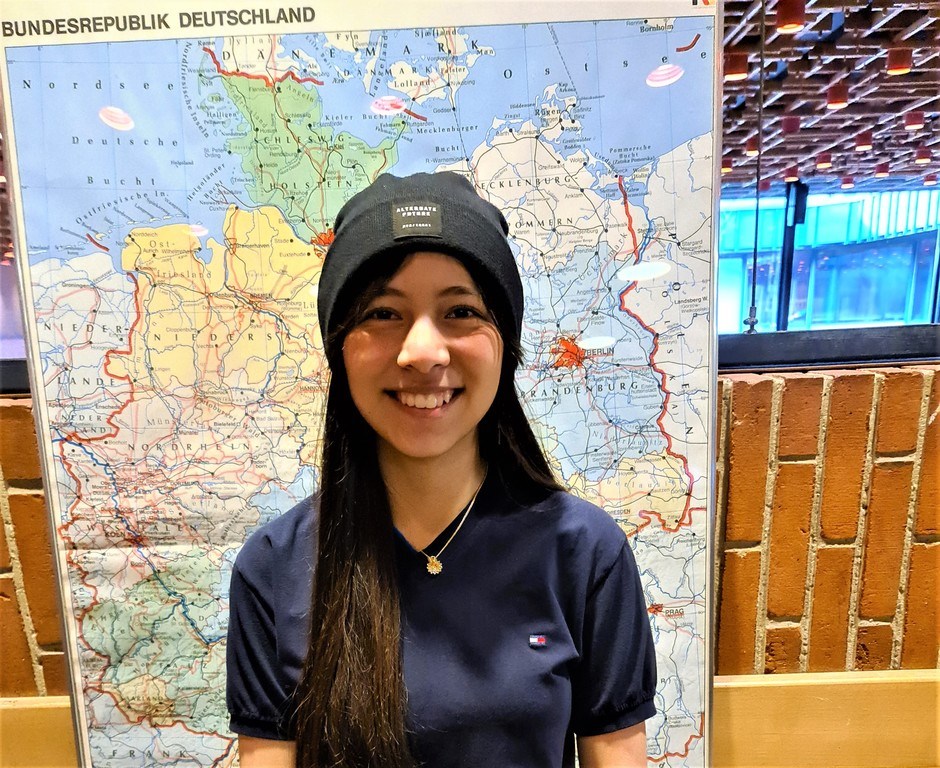 What to do when you discover a discouraging big gap between the middle school level you were used to in a given subject and the upper-secondary level you are now experiencing? Well, if it is a foreign language you might want to consider doing what Elnaz Jafari did.

Elnaz is an IB1 student at Grenaa Gymnasium, and she has found herself a German “penpal,” Isra. Penpal is perhaps not really the right term, as Elnaz and Isra do not write each other letters, but rather talk together and chat via an app called Tandem.

Isra lives in Germany and Elnaz comes from small town Ebeltoft and lives at Grenaa Gymnasium’s boarding school.
-We talk several times a week when we are not too busy. In busy periods we mostly leave chat messages for each other, Elnaz explains. – Isra helps me improve my German and I help Isra improve her English. And the extra benefit is that we also learn about each other’s cultures, especially the school cultures in Germany and Denmark.

Elnaz first learned about the app through friends, and when she felt that the level in the German lessons was quite challenging, she decided to try to find a German “penpal” via Tandem. – Many persons replied to my post, and it became clear to me that Isra and I had many things in common.

It turned out to be a good match. – I have a friend now that I hadn’t expected to find.
Elnaz further explains that the app allows you to get into contact with native speakers all over the world, not just Germany, and that there are special features that allows you to have for example grammar corrected by other users.
– I felt the need for a boost in German and I think that the app and Isra has helped me. I have gained more confidence in class, and that is really nice.