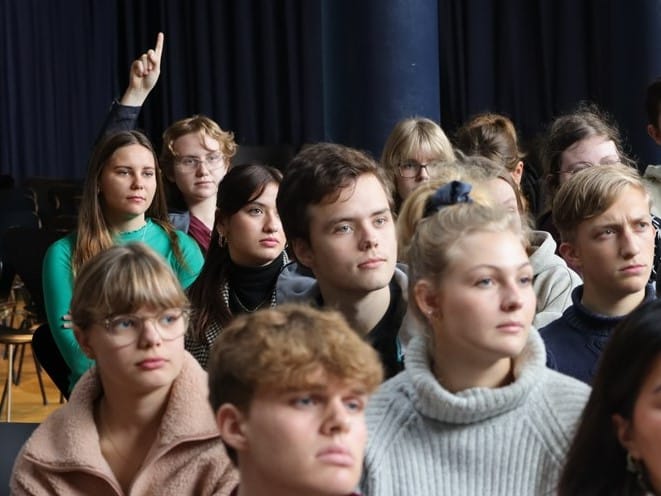 November 1st 2022 is parliamentary election day in Denmark and for many of Grenaa Gymnasium’s Danish students this is the first time they get to vote. The election campaign has lasted for nearly a month and at Grenaa Gymnasium it culminated last Friday when local candidates came to present their political platform and debate it with political opponents.

– I think it is great to have a election meeting like this with many different candidates, and also that 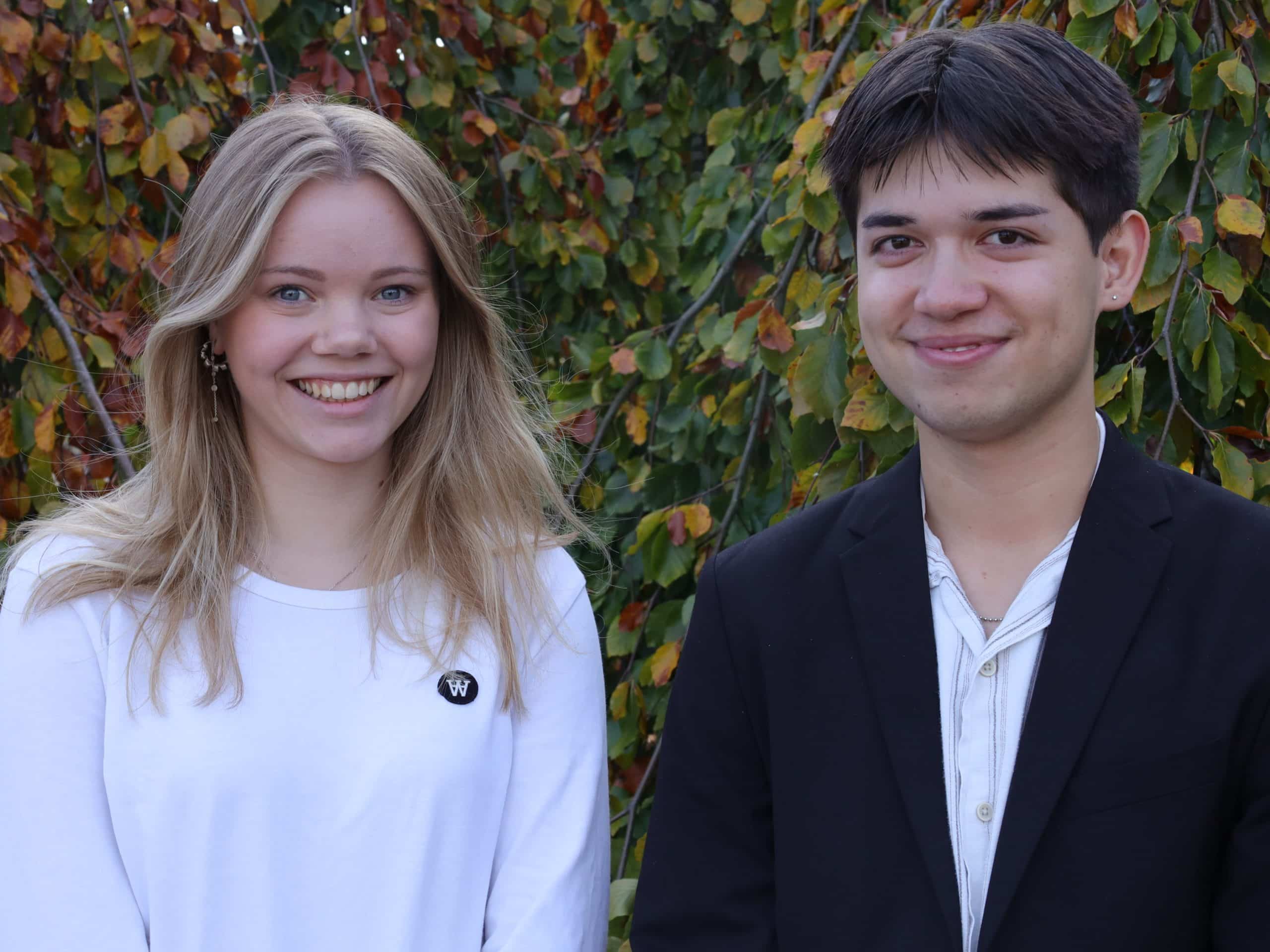 they are not the ones you most often see in the media, says Kristoffer Alcomendras Eyas Kristensen. He is a final year STX student with social studies as one of his high level subjects. One of his classmates is Emilie Søndergaard. – It feels closer when you can ask them questions face to face which is obviously not possible when for example we study political platforms in class. 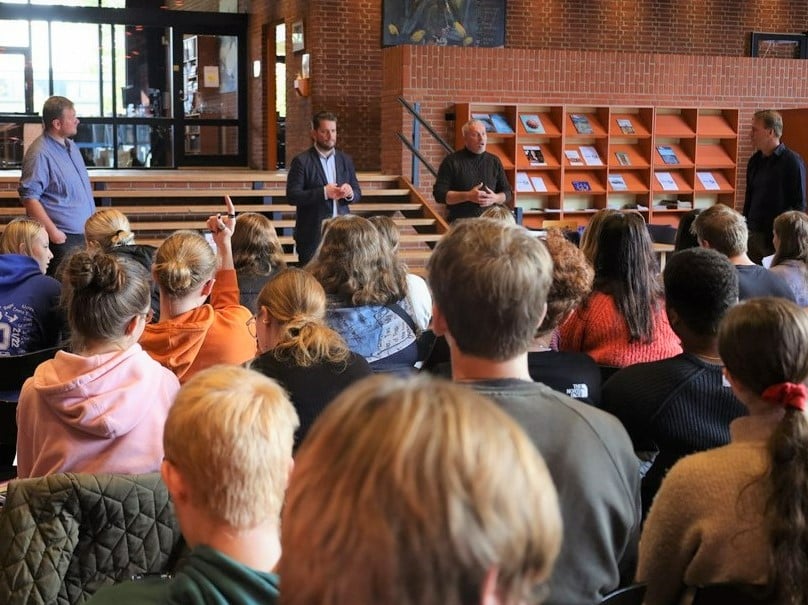 two candidates about their views on how to strengthen psychiatric treatment in Denmark. – I noticed quite clearly that during the debate the candidates became more aware of the issues that interest young people and then they talked more about those issues. This fits pretty well with some of the theory on political behavior I know from class.

The election meeting was organized in a speed dating format, where the little less than 200 students were located in four different places at the school and the candidates then moved from location to location in different constellations. Local candidates from the no less than 14 parties running for election had of course been invited and 12 were represented.

Emilie and Kristoffer agree that the candidate were not as specific and concrete in all their answers as one could wish for, and that only the candidates representing the political wings were seriously disagreeing. – None the less, I was challenged in my views, says Emilie. – There are many issues to consider and typically you agree with one political party on some of them, and a different party on others. So you need to figure out which issues are the most important to you and then vote accordingly, she concludes.
Kristoffer agrees. – Before this meeting I had made my mind up and I know which candidate would get my vote. But now I need to think it through again. 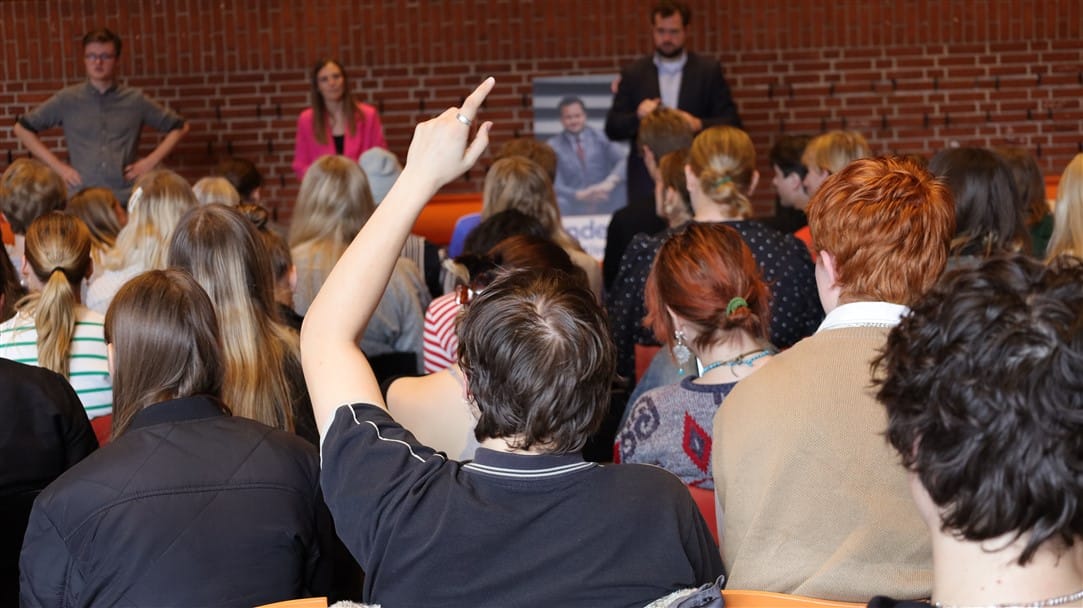 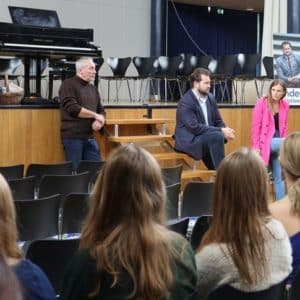 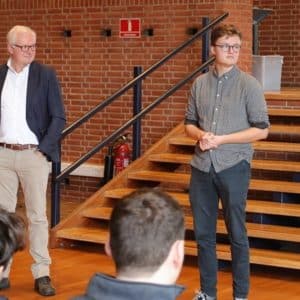 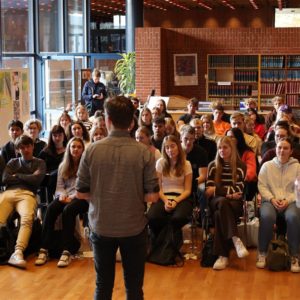 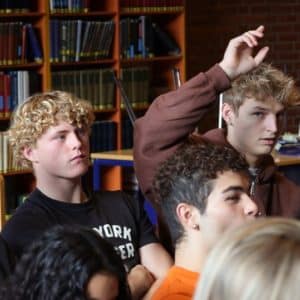 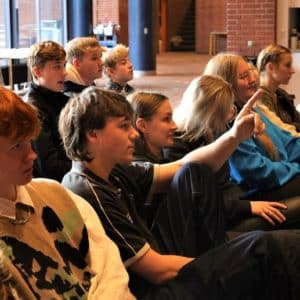 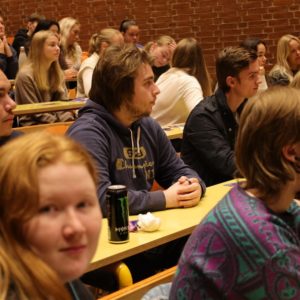 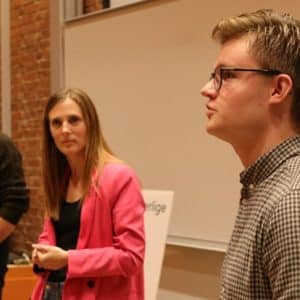 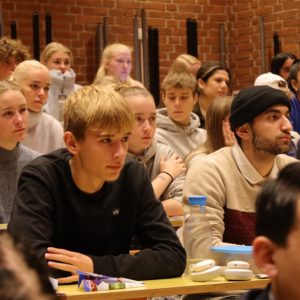 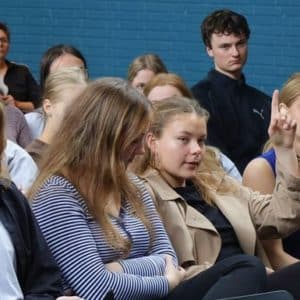 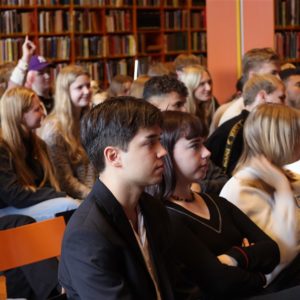 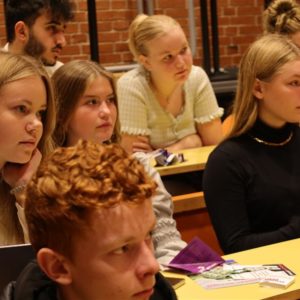 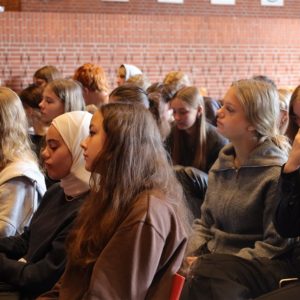 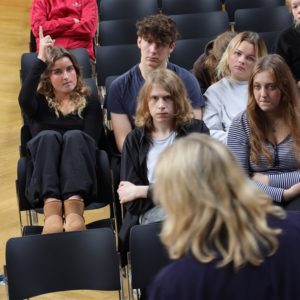